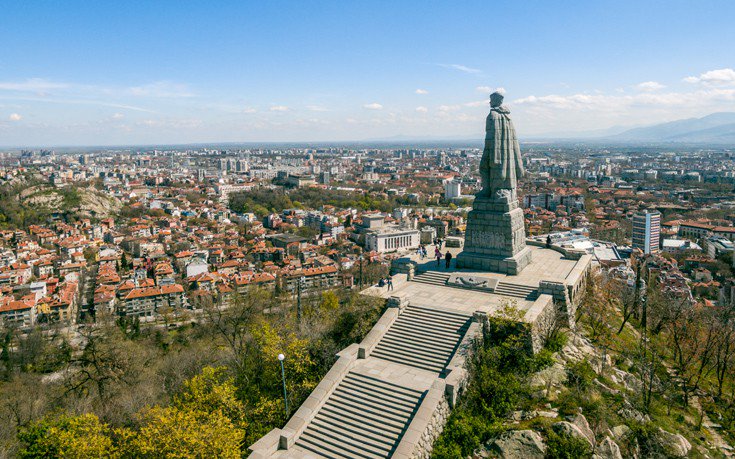 Plovdiv is the second largest city in Bulgaria with a population of 341,567 inhabitants in 2015, while 544,628 inhabitants live in its urban area. Plovdiv is also known as Plovdiv and Plovdiv. It is an important economic, transport, cultural and educational center.The city of Plovdiv has been inhabited since the 6th millennium BC, with traces of the Neolithic from the end of the 4th millennium BC. In the 12th century BC the village evolved into a real city inhabited by Thracians, ranked among the most ancient cities of the world. The city was known in the West for most of the recorded history with its Greek name (Philippopolis). The city was originally a Thracian settlement, later attacked by the Persians, Greeks, Celts, Romans, Goths, Huns, Bulgarians, Russians, Crusaders and Turks. On January 4, 1878, Philippopolis was liberated from Ottoman domination by the Russian army. It remained within the borders of Bulgaria until July of the same year, when it became the capital of the autonomous Ottoman region of Eastern Rumelia. In 1885, Philippopolis and East Romelia itself became part of Bulgaria.
Plovdiv is located in south-central Bulgaria on the two banks of the River Evros. The city has historically grown on seven hills, some of which are 250 meters high. Due to these hills, Plovdiv is often referred to in Bulgaria as "Eptalofos".
Plovdiv hosts cultural events such as the International Exhibition, the international stage festival "Stage at the Crossroads" and the "Gold Chest" television festival. There are many monuments preserved since antiquity, such as the ancient Roman Theater, the Roman Conservatory, the Roman Aqueduct, the Roman Stadium, the archaeological ensemble "Irene" and others.
The oldest American educational institution outside the United States was founded in Plovdiv in 1860 and later moved to Sofia - today's American College of Sofia.
On September 5, 2014, it was selected as the European Capital of Culture for 2019.
It is connected to a fast motorway (127 km) with Sofia. Its population is predominantly Bulgarian, but also minority populations of Gypsies, Greeks, Turks, Jews and Armenians.
Plovdiv has been twinned with Thessaloniki as well as with other European cities.

Winter is heavy in snow and summer cool in relation to Greece, so it is according to the preferences of each one when it will choose to go.

Filippoupolis has a liquid subtropical climate with significant influence of continental liquid. There are four distinct seasons with the usual high temperature differences between the seasons.
Summer (mid May to late September) is very warm, relatively dry and sunny with an average of July and August of 31 ° C. The city often experiences very hot days, typical of the interior of the country. Summer nights are mild.
Autumn starts at the end of September, when the days are relatively hot and the nights become cold. The first fogs usually appear in November.
Winter is usually cold and snow is common. The average number of snow cover days in Plovdiv is 33. The average snow cover depth is 2 to 4 cm and the maximum is usually 6 to 13 cm, but some winters can reach 70 cm or more. The average January temperature is -0.4 ° C.
Spring starts in March and is cooler than in the autumn. The frost period ends in March or at the latest in April. The days are mild and relatively warm in mid-spring.

The country's means of mass transit are relatively inexpensive but not always regular and clean. To move from city to town, the quickest and most convenient way is by bus (you can buy tickets 1 hour before itineraries from the avtogara stations you will find in the cities) and by train

The city has over 200 archaeological sites, of which 30 are of national importance. There are many remnants of antiquity - the city is among the few that have two ancient theaters - parts of medieval walls and towers, Ottoman baths and mosques, a well-preserved old neighborhood from the period of the National Renaissance with beautiful residences, churches and cobblestone streets . There are many museums, galleries and cultural institutions. The city hosts musical, theatrical and artistic events. It is considered the starting point for excursions to parts of the area, such as the Batsovo Monastery, 30 km south to Pamporovo ski resort, 90 km to the south, or to the centers of thermal springs to the north of Hissaria, Banja, Krasnovo and Strelcha.