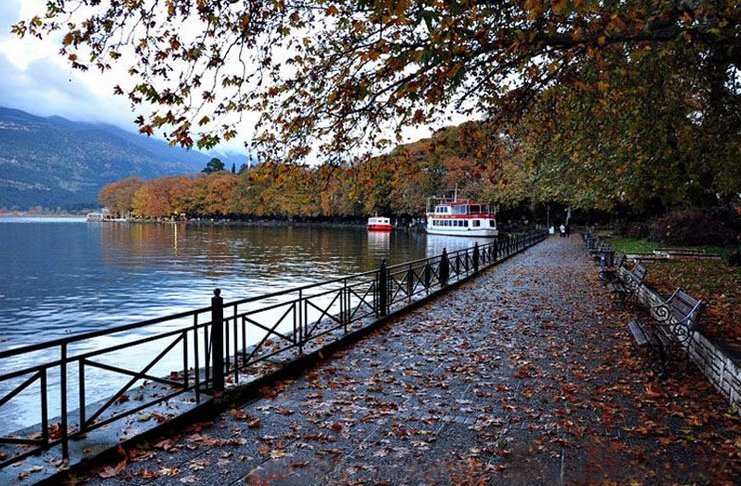 Ioannina, also known as Ioannina or Giannina, is the capital and largest city of the prefecture of Ioannina and Epirus, with a population of 65,574 inhabitants for the city and 111,740 inhabitants for the expanded Municipality of Ioannina (2011). Ioannina is included in the Municipality of Ioannina, which includes the neighboring villages. The inhabitant is called Ioannitis, Ioannitissa, or, in common, Gianiotis and Gianiotissa. Ioannina is located in the north-western part of mainland Greece, in the center of the homonymous basin. It is one of the largest cities in Greece with a rich cultural tradition and modern development enterprises. Ioannina is home to the University of Ioannina, with 14 departments and over 20,000 students. Ioannina also hosts departments of TEI of Epirus, based in Arta. Among the diverse geographic features of the area, Lake Pamvotis, which lies adjacent to the city, is a special place. There are two hospitals in the city, the General State Hatzikosta and the University District Durout, which receive patients from the whole county.
It is worth mentioning the islet of the lake (island of Ioannina), in which there is a small settlement and various monuments and sights, such as the last residence of Ali Pasha. There are also six monasteries, the oldest of Agios Nikolaos (Dilios) or Stratopoulos of the 11th century, Agios Nikolaos (Spanos) or Philanthropins from 1292 AD, Agios Ioannis Prodromos (1506 AD), Eleoussis (1570 AD), St. Panteleimon (17th century) and the Transfiguration of the Savior (1851 AD). In the monastery of Agios Nikolaos (Spanos) or Philanthropins, the scholar Alexios Spanos, the Proklos and Komnenos monks and the brothers Apsarades, Theophanis and Nektarios taught during the Ottoman rule. Three kilometers from the city of Ioannina lies the cave Perama of Ioannina, about 830 meters long and about 14400 sq.m. The cave was discovered by residents of the city who tried to find shelter from the bombing of Italian airplanes in 1940. North of Ioannina, at a distance of some 50 kilometers, is the picturesque Konitsa and the Aoos river.
Ioannina has a wealth of attractions and museums, with the point that due to the city's traffic jams and the spatial fragmentation of the sights, the visitor finds it difficult to visit them all. The most notable attractions are:

It is famous for its tourism in winter without this meaning that you can not visit Ioannina and the summer months.

Ioannina is a Mediterranean climate that is tempered by altitude. Summer is warm and dry, while winter is wet and cooler than the seaside areas of Epirus. Ioannina is one of the most rainy cities in Greece (average annual rainfall: 1081.5mm - The highest recorded temperature is 42.4 ° C and the lowest -13 ° C.

Ioannina has a wealth of attractions and museums, with the point that due to the city's traffic jams and the spatial fragmentation of the sights, the visitor finds it difficult to visit them all.