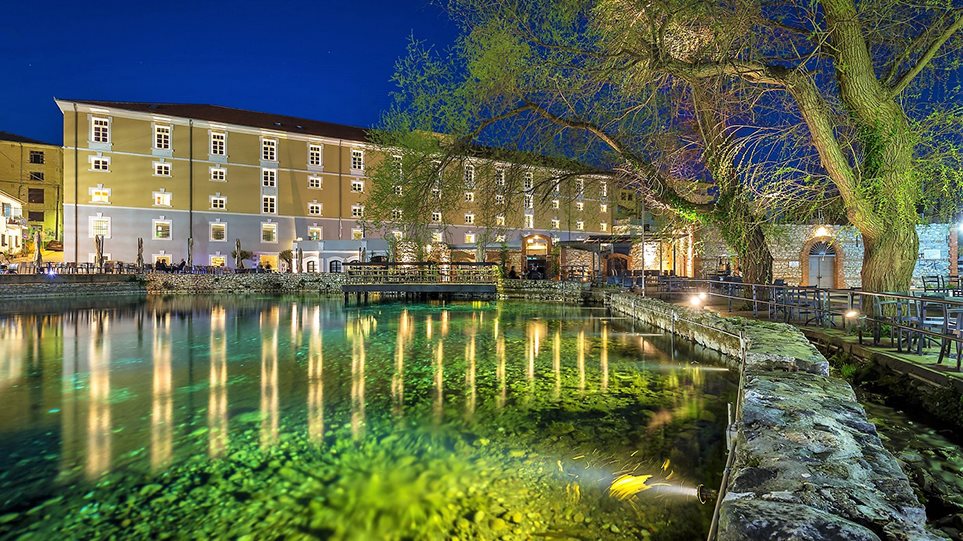 Drama is a city, the seat of the municipality of the same name, the capital of the homonymous prefecture of eastern Macedonia and the northernmost major economic and political center of Greece. It is a city with a long history, as its area was inhabited since prehistoric times. The etymology of the word comes from "Hydra" - "Dyrama", because of the abundance of water spilling into the area.
SightsThe municipal garden. At the central point of the garden is the statue of Freedom of Drama. The garden also includes: the National Resistance Memorial, the monument of the martyrs of the Massacre of Drama, the bust of Theodoros Kolokotronis and the Polytechnic Heroes Monument.The hill of Korylovo offers panoramic views of the whole city. Close to the top is the cross that was erected in 1995 in honor of the Asia Minor Refugees.The church of Agios Nikolaos. Agios Nikolaos is located in the center of the city. During the Ottoman domination a mosque was called Eski Mosque (Ancient Mosque) or Tsarsi Mosque (Market Mosque). It was built by Sultan Vajiazet II (1481-1512).The 1875 Arap Mosque located on Lamprianidis Street with Palaiologos.The Liberty Square. It is the central square of the city, which took its present form in 1915 when the wooden sheds that occupy its place were burned. On September 14, 1905, the 20-year-old Macedonomach Armen Kuptsios was led by the Turks to the square of the square and executed with hanging. In 1916 the Bulgarians cut off the big plane tree of the square, for there was nothing to remind the Drammen of the sacrifice of the younger Greek Makedonomachos. Later, after the Liberation, the bust of the square was erected by the bust of Armen Koupsios and next to it was planted a plane tree in memory of his martyrdom.The statuary statue of the Governorate and the statue of Nikis that was made by Kougioumtzi in 2013 on the occasion of the 100th anniversary of the incorporation of the city in Greece.The Monastery of the Asia Minor - Memory of the Asia Minor Catastrophe, in front of the Episcopate, which was erected in 2009 by the Association of the Prehistoric Society of Drama.The statue of Saint Chrysostom Metropolitan of Drama and Smyrna, next to the bishopric (erected in 1959).The statue of Paul Mela next to which lies the debris of the first statue of Paul Mela, which was destroyed by the Bulgarians during the Third Bulgarian Occupation (1941 - 1944).The landscaped area at the springs of Agia Varvara.The smokehouse of the Swiss Jewish smoker Erman Spire, a 1924 listed building, architectural 4-floor design by the Austrian architect Konrad von Vilas (St. Barbara's Sources), which now houses the 5-star Hydrama Grand Hotel.The house and the tobacco store of Ioannis Anastasiadis (the marble house) was built in 1875, which will be transformed into a Museum of Photography.the Brigade or Tzimu House (1925).The Zones mill, an old Muslim mill (1780 the original foundations), preserved the milling ground above the underground movement mechanism, the storage area on the ground floor and next to the two-storey house of miller.The frescoes at the Sabrivan Mosque located at the junction of Armen and Agamemnonos Street (behind IKA), which probably depict the city of Drama during the Ottoman Empire.Cave Ignite cave Aggitis (cave of Maara), a few kilometers outside the city.The old buildings are scattered in the city and especially in the area of ​​Agia Varvara.The sources of VoiraniThe old town (on both sides of Venizelou Street) with restaurants and bars, especially during the summerThe Winery of the regionThe Railway Station Building: The Drama Station was considered the flagship of the Jonction railway stations. It was built in 1895 by Jonction Salonique - Constantinople, which was attended by the Ottoman Ottoman Ottoman Ottoman Empire and various Belgian and French houses. The construction and operation of the network was granted by a contract signed by the French banker Rene Baudouy (Istanbul, September 10, 1892). In 1896 the company inaugurated the line, linking Thessaloniki with Dedagac (Alexandroupolis) and by extension with Constantinople. The formal acquisition by the Greek state of the networks that were in its possession after the liberation of the north-Hellenic area took place in 1925. Its facilities included warehouses, engine room, rotary plate, water tower and various other buildings that survive to this day in their original form. the Train Train Museum of Drama, which with great care was created by the Educational Cultural and Athletic Association of Railway Employees "IFISTOS", now acts as a lever of revival of memory from another era.

All the seasons are good, just if you visit it in winter, surely you know the temperature will be below 0.

Temperature is usually low even in the summer months

In the winter is famous for the Christmas village of Dreamy. Small and big fun with fairies, elves, reindeers, calipers, snowmen, but also Santa Claus, live in a place that ... smells Christmas.